In a nutshell, the story of Cold Mountain Toffee goes something like this. Many years ago, we began experimenting in our kitchen with different methods of making toffee. After much trial-and-error, tweaking the recipe in small and large ways through the years, we finally produced a batch worthy of trying to replicate. And we did, more than a few times. With large quantities of toffee now in our hands, serendipitously approaching the holidays, we decided to share this heavenly treat with some friends. The response was overwhelming, and the toffee was soon in high demand. So we began making it—often by request—throughout the year, not just during the holiday season.

As an aside, the “we” being referred to here is comprised of Doug and Scotty Ellis, the husband-and-wife team that conceived the idea for Cold Mountain Toffee in their longtime Western North Carolina home, in the shadows of Cold Mountain (yes, the one that inspired, lent its name for the title of and served as the setting for the best-selling novel and blockbuster film) and surrounded by the Blue Ridge and Great Smoky Mountains.

Now back to the toffee. The feedback was filled with exclamations of amazement. Whether the recipient loved or hated toffee before, everyone seemed to agree that this stuff was different, and most seemed to be hooked, as evidenced by their insistence that we sell the toffee on a regular, ongoing basis.

Eventually, we agreed—under one condition: we do it as long as we’re having fun doing it. And so here we are, hoping you enjoy the product of all that fun and find Cold Mountain Toffee as delicious as those early taste-testers who urged us to share it with a wider audience.

Learn more about the qualities that make Cold Mountain Toffee so unique and so delicious. 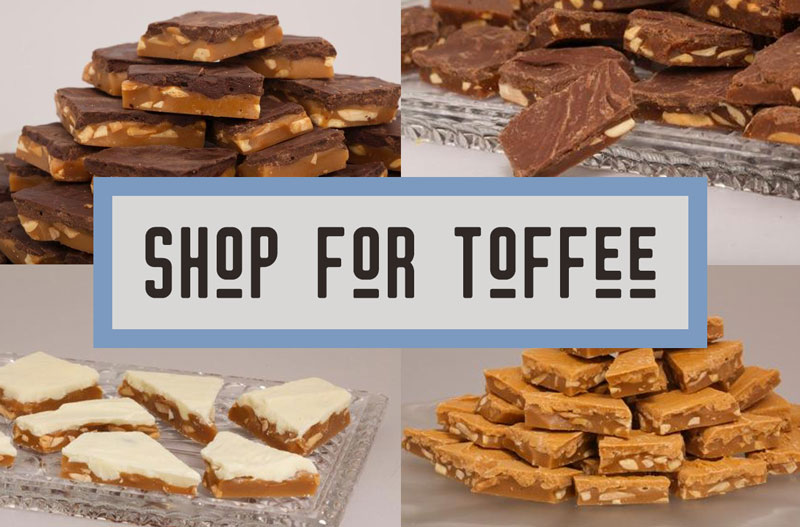